The Molins de Rei Tasting Association has awarded Recaredo the Envinat de l’Any 2015 prize in recognition of its “commitment to quality, indigenous varieties and long ageing, and its respect for the environment”. The award was given at a ceremony marking the seventh anniversary of the association, which promotes wine culture.

According to the Molins de Rei Tasting Association, Recaredo has taken the “bold step, backed by research, of practising biodynamic viticulture—an approach that respects the land and benefits the environment—as well as promoting indigenous grape varieties”. The tasting group also stresses “the excellence of Recaredo’s wines and sparkling wines, which are of a quality that allows them to compete with the best in the world”.

Oenologist Ton Mata, a member of the third generation of the Recaredo family, accepted the award and gave a talk on the land, nature, and indigenous grape varieties, three of the main pillars of the project that the family embarked on in Sant Sadurní d’Anoia in 1923.

The Molins de Rei Tasting Association is a non-profit organisation whose mission is to provide training and information on gastronomic culture and wine. Since 2012 it has awarded the Envinat de l’Any to recognise the work of wine sector professionals and companies. In previous editions, the prize was awarded to journalist Joan Nebot (2012), the protected designation of origin Montsant (2013), and the organisation Terra de Garnatxes (2014). This is the first year the award has gone to a Penedès-based winemaker. 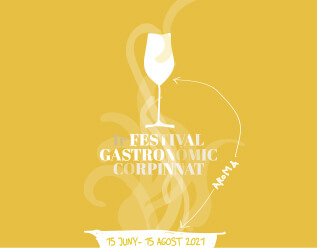