‘Tribut · 20 years’, a tribute to the second generation of the Recaredo family

The Recaredo family presents Recaredo Tribut a Josep i Antoni Mata Casanovas, a sparkling wine aged for over 20 years that pays homage to brothers Josep and Antoni Mata Casanovas, members of the second generation of the Recaredo family who have been involved in winemaking since the 1960s. ‘Recaredo Segona Plenitud · 20 years of ageing’ is yet another step – one of many taken since 1924 – in the process of defining Recaredo. It’s a tribute to time and the land, but most importantly, to people who love their work and take pleasure in it with the perspective that comes from experience, accompanied by a sense of discretion and humility.

Recaredo Tribut a Josep i Antoni Mata Casanovas, a brut nature produced in a limited edition of 244 bottles, is experiencing its “second plenitude” after 244 months of ageing (20 years and 4 months), which makes it the longest-aged sparkling wine ever presented by Recaredo. According to Ton Mata, the winery’s general manager and oenologist, “We still don’t know what the limits are when it comes to ageing sparkling wines. After tasting this 1996 vintage, we thought it was time to share it with everyone who enjoys our long-aged white wines, which is the term we like to use to define what we do at Recaredo.” 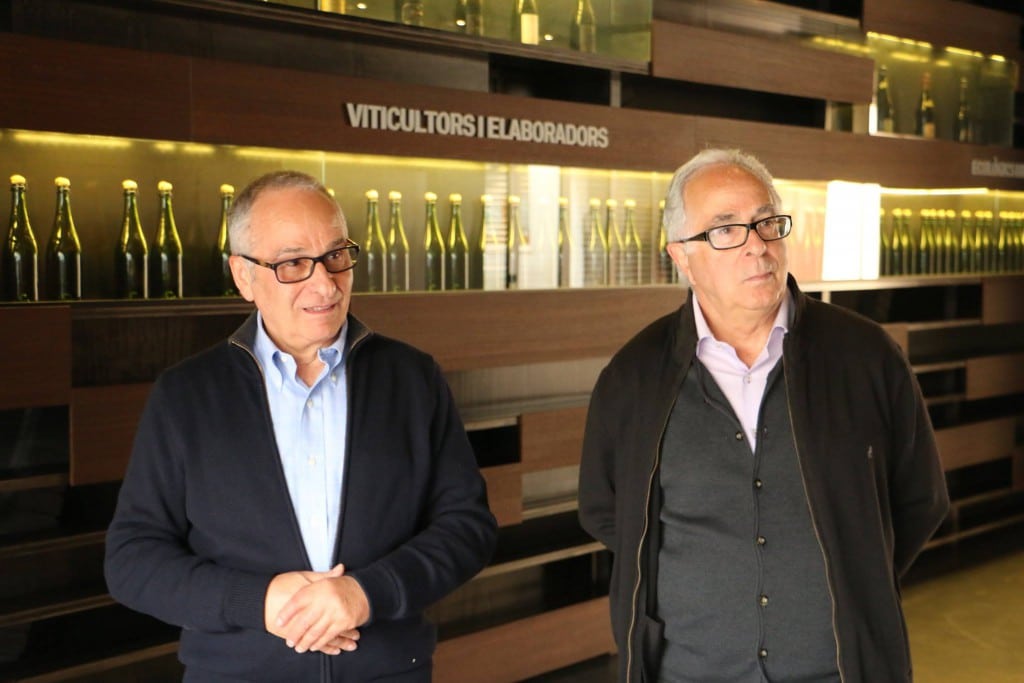 Antoni Mata Casanovas on the left and his brother Josep on the right.

About Josep and Antoni Mata Casanovas

The background of Josep and Antoni Mata Casanovas reflects the passion and vitality of two professionals who have devoted themselves to making sparkling wines for over 60 years.

Josep Mata (born in 1940) learned the trade of disgorger from his father, Josep Mata Capellades. At the age of 16, he began learning how to disgorge bottles by hand at the cool, natural temperature of the cellars. Extracting cork stoppers from bottles of aged wine is an art that requires almost surgical precision. Working with dedication and patience, Josep has disgorged bottles from over 60 vintages as well as pursuing wine studies to broaden his knowledge and perfect his technique in order to make wines with style and distinctive character.

At the age of seven, Antoni Mata Casanovas (born in 1942) was already helping out with the bâtonnage (stirring of lees) in the family cellars. An eagerness to learn and improve drove him to study oenology and viticulture at schools around Spain, and he deepened his knowledge by making countless trips to wine regions all over the world. With discretion and modesty, Antoni Mata has worked tirelessly, providing leadership in management, creativity, representation and oenology

Josep and Antoni began building Recaredo’s reputation as a byword for rigour, quality and passion in sparkling wine-making. The brothers gradually defined Recaredo’s approach to viticulture, eventually adopting a model based in the récoltant-manipulant, a system in which producers work their own vineyards and make wine in family cellars from grapes they harvest.

With 15 years of ageing, this limited-edition Corpinnat pays a tribute to the time and to old vineyards of the Penedès region.

In spite of the intense negotiations between the wine growers AVEC and the D.O. Cava, it has been impossible to reach a satisfactory solution between the two parties.

From the 2008 vintage on, we changed the name of our historic “Recaredo Brut de Brut” sparkling wine to “Recaredo Serral del Vell” to reflect our commitment to the great terroirs of the Alt Penedès wine region.

Recaredo among top ten Sparkling Wines in the world

Falstaff magazine, which is distributed in Austria, Switzerland and Germany, has published a list of the ten best sparkling wines in the world. Among them is Recaredo Turó d’en Mota 2003, which received a score of 97 points.