The Recaredo family and Team present the 2015 vintage of Recaredo Subtil, a long-aged brut nature Corpinnat that, starting with this vintage, is advancing towards a more honest and frank connection with its origins. For one thing, the 2015 vintage is the first to be made using only Xarel·lo grapes, reflecting Recaredo’s firm commitment to the historical varieties of the Penedès region.

Recaredo Subtil 2015 is also the first Corpinnat wine made by Recaredo for which the second fermentation in the bottle has been carried out with free-run must from the family-owned estate instead of refined organic cane sugar. Since 2014, Recaredo has also used only yeasts isolated from its own vineyards for the first fermentation of its wines. This groundbreaking two-pronged initiative strengthens Recaredo’s commitment to the terroir factor in both the conception and making of wines that express the identity and essence of the Corpinnat territory.

The must contain a high concentration of natural sugars from the grapes themselves, which makes it well-suited for tirage, second fermentation in the bottle and long ageing.

Recaredo Subtil is made from grapes grown on Xarel·lo family-owned plots on the Roure (oak) Estate. The vineyards, located in the Penedès region, are characterised by a balanced mix of sands, silts and clays. The calcareous soil provides good levels of drainage in the upper areas and a higher water retention capacity in lower areas, where the soil depth is also greater.

All vineyards are cultivated according to the principles of biodynamic agriculture, a kind of viticulture that allows us to make wines that are rich in nuances, have excellent ageing potential and respect the natural environment they come from.

Based on a deep respect for the region’s wine-growing identity, Recaredo makes a firm commitment to indigenous varieties. From the 2014 harvest on, Recaredo grows only grape varieties with historic roots in the local area, with a special focus on Xarel·lo, considered a great ambassador for the Penedès region. 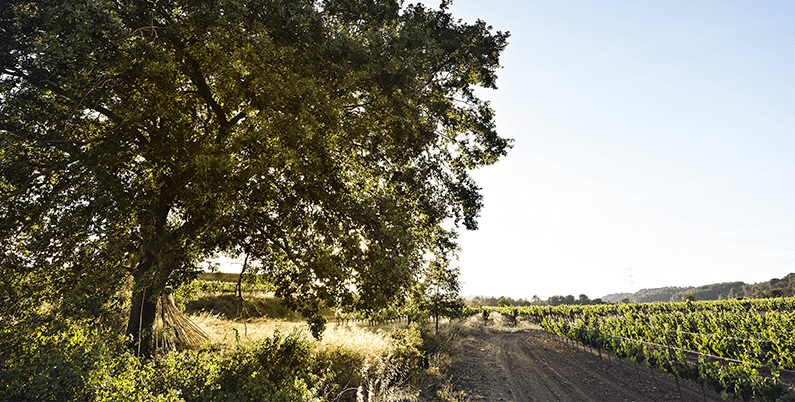 The 2015 harvest took place from 12 to 29 August with unusual speed: in just 18 days, we hand-harvested all our family-owned vineyards. This unprecedented harvest time was due to a lack of rain and high temperatures in 2015, a year in which records were broken all over the planet.

In this year especially conditioned by the effects of climate change, the average yield for Recaredo vineyards was of 28 hl/ha, whereas the upper limit set by Corpinnat was 80 hl/ha.

Six family-run wineries, all leaders in their respective wine regions, have joined forces to help boost businesses in the hospitality sector.

With 15 years of ageing, this limited-edition Corpinnat pays a tribute to the time and to old vineyards of the Penedès region.

2020 Harvest in Recaredo: year of challenges

Scrupulous work in the vineyard has been essential in a vintage that we can’t deny has been very tough due to the pressure of dealing with the mildew, but also satisfying because there’s nothing more rewarding than overcoming a challenge and continuously learning.

Revolution in the concept of terroir Sparkling Wines

Recaredo has carried out the second fermentation with organic must for its sparkling wines since the 2017 vintage, becoming the first winery in the Penedès to work in this way for its entire production.

Harvesting by night at Recaredo

In spite of the intense negotiations between the wine growers AVEC and the D.O. Cava, it has been impossible to reach a satisfactory solution between the two parties.

From the 2008 vintage on, we changed the name of our historic “Recaredo Brut de Brut” sparkling wine to “Recaredo Serral del Vell” to reflect our commitment to the great terroirs of the Alt Penedès wine region.