Revolution in the concept of terroir Sparkling Wines

RECAREDO has taken a step forward in its conception of terroir sparkling wines by opting to make all its Corpinnat wines using organic must for the second fermentation in the bottle. The winery has progressively switched from organic refined cane sugar to must from its own vineyards or organic rectified concentrated must for this stage of the winemaking process.

“Making wines with a frank, direct connection to their origin is one of the priorities of the Recaredo team and family. That’s why, after a period of research that began in 2013, we’ve pushed ahead year after year. Since 2017, we’ve used organic must for the second fermentation in all of our own production,” explained Ton Mata, a member of the third generation of the Recaredo family. 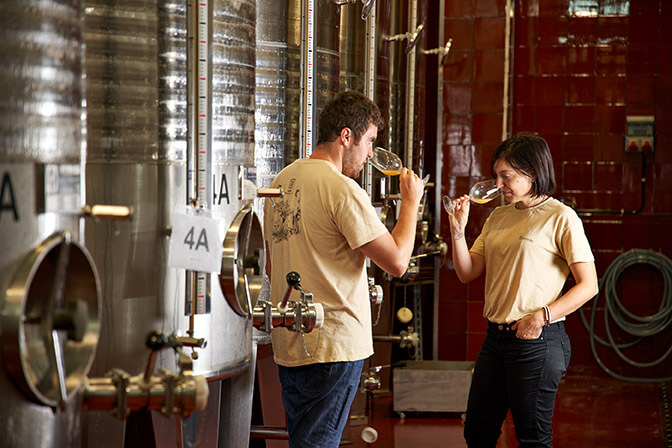 The must contains a high concentration of natural sugars from the grapes themselves, which makes it well-suited for tirage, second fermentation in the bottle and long ageing. Now that Recaredo’s sparkling wines are made using its own must or organic rectified concentrated must, all of the elements that go into making these wines originate in its own vineyards. Although the technical characteristics of refined cane sugar are similar to those of rectified concentrated must, the former is imported mainly from countries with tropical climates, such as Brazil, Thailand and India.

This way of making wine using the traditional method is a pioneering step in the pursuit of a more sincere relationship with the terroir. Recaredo also uses its own yeasts, isolated from its vineyards, for the first and second fermentation. 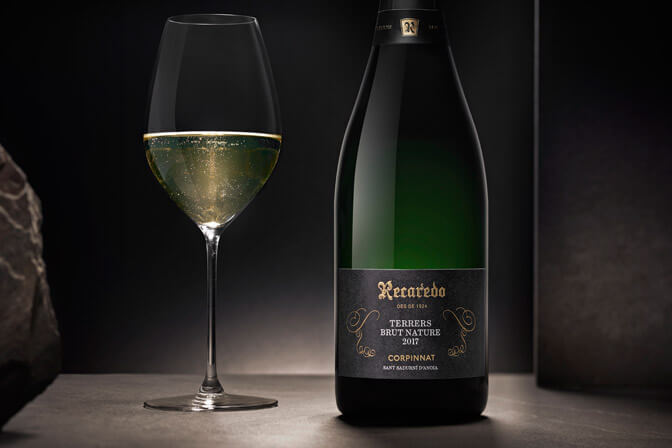 The following Recaredo wines will be released in the near future:

“These vintages mark the start of a new era for us” said Ton Mata.

R&D. Research and Developement at Recaredo

Since 2011, Recaredo team has been working actively with a technique known as sensitive crystallisation with the aim of checking the vital quality of wines and predicting their ageing potential. This qualitative method also provides other highly useful information. For example, the effect of fermentation temperatures or the footprint of the soil on the wine.