Recaredo’s vineyards used as setting for ‘Heirs to the Land’

The Serral del Vell and Ribalta de Recaredo estates have been used as a setting for the television series “Heirs to the Land”, based on a novel of the same name by the writer Ildefonso Falcones, which is a continuation of Cathedral of the Sea. The location managers chose the vineyards in the Penedès region (located between the municipalities of Sant Sadurní de Anoia and Torrelavit) for their rich landscape and the beauty of the mosaic of old vineyards and Mediterranean forests, with Montserrat Mountain as a backdrop.

The series, which premiered on 15 April, consists of a single season of eight episodes and stars David Solans, Yon González, Michelle Jenner, Elena Rivera, Rodolfo Sancho and Pere Arquillué, among others. 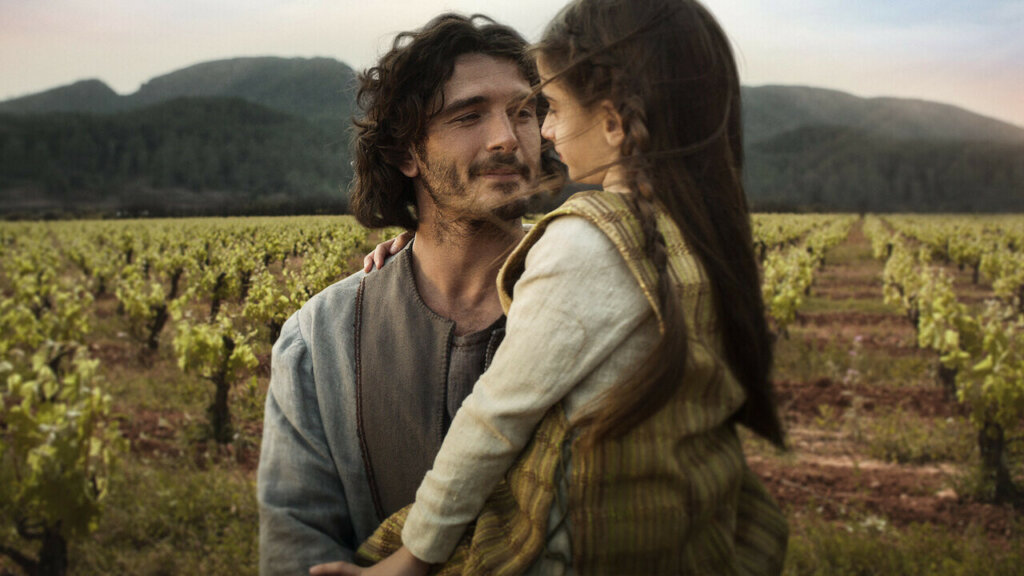 “Heirs to the Land” takes us back to medieval Barcelona, in the year 1387, and revolves around the experiences of Hugo Llor, a young man who dreams of becoming an artisan shipbuilder and must overcome a series of adversities. The protagonist is forced to leave Barcelona’s Ribera district and seek work alongside Mahir, a Jew who introduces him to vine cultivation and winemaking.

Produced by Netflix, TV3 and Atresmedia, and directed by Jordi Frades, the filming of “Heirs to the Land” began on 6 November 2020 and ended on 5 March 2021. Over this period, scenes were shot in the city of Barcelona, the Penedès region, Girona, Tortosa and Tarragona.

The Corpinnat Gastronomic Festival has cemented its status as a standout food and wine experience for discovering Catalonia’s restaurants in the most beautiful spaces of wineries located in the heart of the Penedès region.

Cocina Hermanos Torres takes the initiative in organising a lunch to pay tribute to Antoni Mata Casanovas, the chairman of Recaredo.

Recaredo with the campaign ‘Wine Tourism for Health Professionals’

The initiative was born with the aim of thanking and rewarding the efforts of professionals in the field of health and other essential sectors during the COVID-19 pandemic.

We’re reopening our doors to visitors

The Recaredo family and team are pleased to announce that the doors of our winery are now open to visitors. Now, more than ever, it’s time to regain a taste for life together.

“Let’s bring back the joy” is an initiative in which Recaredo and Celler Credo will make their facilities available to local dining establishments to help relaunch the restaurant sector.

Recaredo is once again collaborating with the Verema Solidària, an initiative of the association Impulsa Fundraising that combines territory, wine and social responsibility, to combat poverty and social exclusion.

This year, the second edition of the event will raise money for projects aimed at increasing social inclusion of people with intellectual disabilities in the Penedès and Empordà region.

The TV programme Catalunya Experience paid a visit to one of Recaredo’s most singular vineyards with two Japanese sommeliers to highlight the authentic character of terroir sparkling wines.